Back in the fall of 2014 I noticed that municipal bicycle sharing programs were a huge financial burden. The cost of high tech bike racks, maintenance, and balancing out bike fleets across a region oftentimes caused these bike programs to go out of business.

This insight came at a time where everyone was talking about the sharing economy. Thus, it was only logical that we share our bicycles as well. So just before the beginning of 2015, I decided that I would give entrepreneurship a shot and focus on how to make bike sharing more sustainable.

It's now been just over a year. Even though BykMe never picked up, there were several lessons learned that I'd like to share.

The Media Is Not Your Userbase

I was very strategic about the branding of the service and made it seem much bigger than it actually was from day one.

This lead to attention from the local news, a few bloggers and even ProductHunt.

Simply because reporters, bloggers, and your friends say that the product or idea is great doesn't mean it's actually great. As an entrepreneur, the only thing that matters is the opinion of your users. More importantly, make sure people are actually willing to pay for your product.

I began working on this business on my own but was soon approached by two people who had complimentary skillets. Unfortunately, they weren't as passionate about BykMe as I was. Eventually it felt like they were my employees and I was doing far more than they were to ensure the survival of the business.

That's not to say that they're lazy. I respect them both and wish them all the best. But the product/team fit just wasn't there.

Doing startups isn't for the faint of heart. You can't just work five days a week and take weekends off. It has to be an obsession for the business to have any chance of survival. My cofounders just didn't have the required internal drive to see BykMe succeed.

In retrospect I should have gone at it alone until I saw a serious need for a cofounder.

If you do want to have a cofounder on board, simply work together for a week or two and see how the two of you get along. Look to see how proactive the prospective cofounder is.

Also, ideas are worthless so there's no need for anyone to sign an NDA at this stage. Executing on those ideas is what matters.

My revenue model was simple. Charge the bicycle owner 10% per transaction.

The service I was using to host BykMe was using PayPal, which charged an additional 2.9% + $0.30 per transaction.

It was up to the owner and renter to agree on how the transaction would occur. Would the renter go to the owner's house? Would they meet half way? And what happened at the end of the rental period?

The 12.9% + $0.30 cost plus the mental work of having to figure out how the exchange would actually work made it a tough sell for bicycle owners. Security was also a big issue for bike owners as well. This was when I realized I needed some sort of hardware to monitor the bicycle.

On the renter side, I knew there was a bit of a problem when I had to list my own bike for a dollar and take it to their location to get people to start using the service.

I had the pleasure of working alongside a very smart group of University of Waterloo engineers throughout this experience. They were working on a smart bicycle lock called Grasp that would enable users to unlock the device with their fingerprints or their phones. 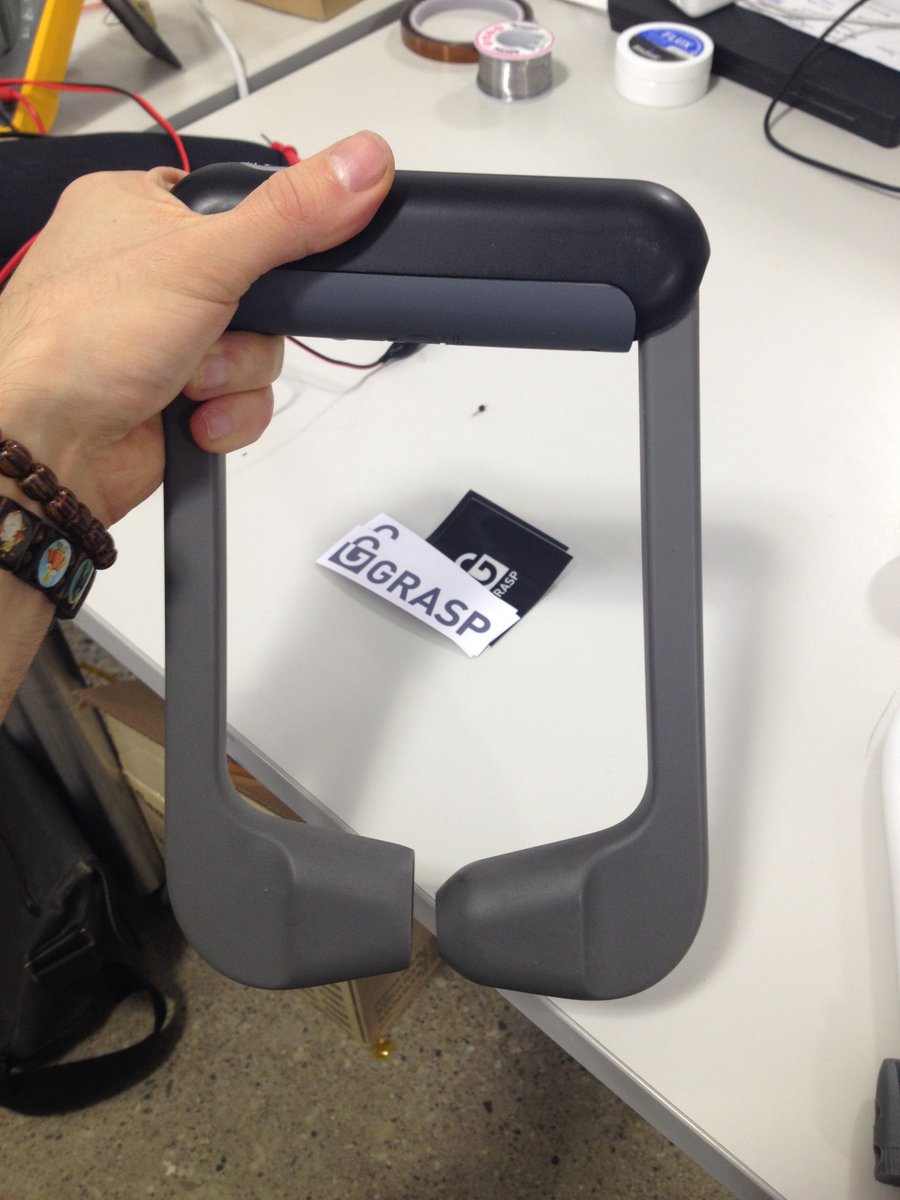 The idea was that BykMe would use their locks to make transactions much easier for my users. A bicycle owner could now get information on where the bike is and also grant access to the bike remotely through a mobile application.

Long story short; disruptive hardware is incredibly difficult to produce. Much harder than software. Especially if the hardware is as unique as a smart bicycle lock with biometric and bluetooth sensors. You need a lot of cash to design the device in such a way as to get the benefits of economies of scale while ensuring the product performs as intended. The team simply didn't have the runway to do this.

This experience confirmed my belief that it's much easier to start a software company than a hardware company.

With this partnership hanging on by a thread, I was struggling to figure out how to make the BykMe user experience secure and seamless. I was adamant that hardware similar to that of Grasp was essential for BykMe to succeed.

By the Fall of 2015, there were two additional bicycle sharing companies. This made me realize how quickly the tech ecosystem evolves.

Listen To Your Users

I simply didn't listen to the feedback that current and potential users had. I thought I knew where the errors lied. But had I listened, perhaps this business could still be kicking.

For future endeavours I intend to fervently listen to what my customers have to say. I don't mean to say that they have all the answers (customers don't know what they want), but they are certainly a guiding light in the right direction.